Springfield, VA: PD Systems is pleased to announce that it was awarded a prime contract on the U.S. Navy’s SeaPort NxG Multiple Award IDIQ Contract. SeaPort NxG is the successor contract to the legacy SeaPort-e contract vehicle and will be used by the Naval Sea Systems Command, Space and Naval Warfare Systems Command, Naval Supply Systems Command, Military Sealift Command, Naval Facilities Command, Office of Naval Research, and the U.S. Marine Corps to procure a broad range of engineering and program management support services. SeaPort NxG will provide PD Systems with a long-term capability to compete on task orders without the previous zone limitations of the legacy contract. NxG has a 5-year base with an estimated value of $21 billion and one, 5-year option period.

Springfield, VA, December 17, 2018 – PD Systems announced today the appointment of J. Martin Ried as President and CEO, effective January 1, 2019.  Martin will take over from Gregory D. Gibbons, who will retire on December 31, 2018.  Greg will remain as a member of the Board.  PD Systems also announced the appointment of Brent Wildasin who, on January 1, 2019, will assume the role of Chief Operating Officer.

Mr. Gibbons has led PD Systems since its inception in August of 2007.  PD Systems has grown exponentially over the past 11 years, expanding from a small business subcontractor to a large business with international presence.  Prior to serving in the private sector, Mr. Gibbons served 28 years in the U.S. Army.   On July 11, 2017, he was inducted into the Quartermaster Hall of Fame at Fort Lee, Virginia.

“Greg has played a critical role in the success of PD Systems,” stated PD Systems Chairman, Tim Fleischer.  “He was there from day one as a key member of the founding leadership team and has led the company ever since.  Over that period, with Greg at the helm, PD Systems has built a robust and sustainable base of business that will serve as the foundation for substantial growth in the future.”

Mr. Ried has 16 years’ experience in the private sector serving in roles with ever increasing responsibility.  He most recently served as PD Systems Executive Vice President and CFO.  Martin has been with PD Systems for 10 years.   Martin was previously with VT Systems, where he served as Senior Vice President and Director, Business Development.  During his six-year tenure, he participated in several successful acquisitions growing the company from $100M to over $1B in annual revenue.  Martin completed 21 years of service in the U.S. Army where he held key leadership positions with assignments throughout the U.S., Europe, Central America and Africa.

Mr. Wildasin provides 16 years in the private sector leadership where he held roles as a Vice President and General Manager for an IT Business Unit and the Chief Operating Officer for a Service Disabled Veteran Owned Small Business.  Mr. Wildasin brings skills in Strategic Planning, Supply Chain Management and Corporate Business Development.  Prior to his private sector experience, he served 20 years in the U.S. Army with duty stations in the U.S., Europe and the Middle East.

Mr. Gibbons remarked, “As I depart PD Systems, I am very confident in the strong new leadership team that will direct and lead the company.  Martin has been a key and integral part of developing the company and he has been instrumental in its growth.  Martin and I have worked together for the last 10 years and I know he has the initiative, integrity and drive to continue the progress and reputation PD Systems has earned.  Martin will ensure the continued growth trajectory of PD Systems.   His leadership and concern for the employees is apparent in every action he takes.  Martin will maintain the culture that propelled PD Systems forward.”

“Further”, Mr. Gibbons stated, “Mr. Brent Wildasin has been with PD Systems for one year and it is apparent he has the same initiative and drive that distinguishes PD Systems as a great company to work for.  As he assumes new and increased responsibility, he will help propel the company forward.  His leadership in several key areas of the company will continue as he takes on new and increased responsibilities.  Brent has worked tirelessly to strengthen our current core competencies and to develop new ones.” 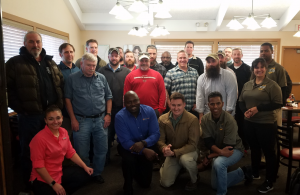 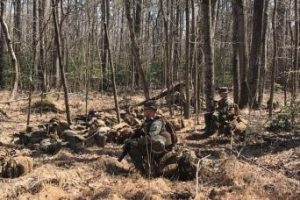 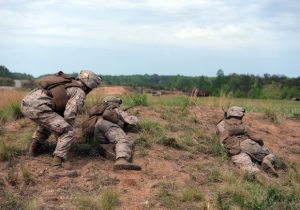 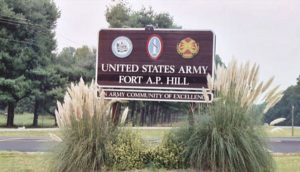 Fort Irwin, CA. The Training and Logistics Services Division (TLSD) of PD Systems, Inc. recognize 5 of its NTC Role Players team members as a “Hero of the Rotation” for Rotation 19-02, the awardees were Mr. Mark Sako, Mr. Alan Iskander, Alfons Attia, Mr. Sal Hanna and Adam Majid. This recognition is based on their superior performance, high personal standards, outstanding work ethic, and dedication to the mission. Each awardee received a TLSD Certificate of Achievement, and a gift card to a local restaurant. 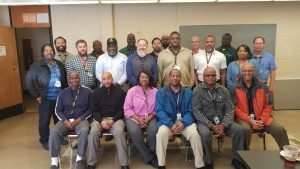 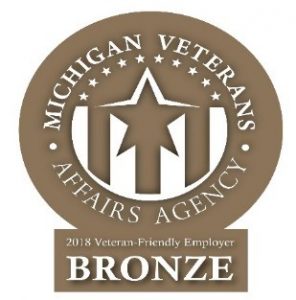 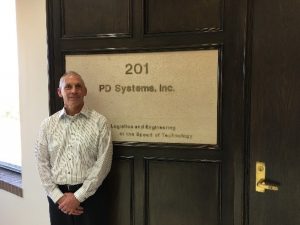 Mr. Randy Yates has over thirty years of proven management, technical and financial experience. Mr. Yates has a Bachelor of Science in Mechanical Engineering Technology from Wayne State University and a Master of Business Administration in Finance from University of Denver. In addition, for over three years (with another contractor), Mr. Yates was the Program Director of the Mobile Strike Force Vehicle in Kabul, Afghanistan. 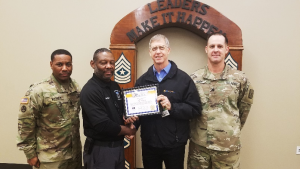 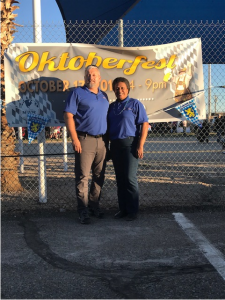 Prince George, VA. Senior leaders from TLSD recently supported the NTC community by attending their local Octoberfest on 17 October 2018. Tom Rogers and Betsy Redmond attended the event while at NTC for a COR contract meeting. Tom is the Deputy General Manager for TLSD and Betsy is the contracting specialists at TLSD. TLSD operates the role player and special effects contract for NTC. This is an extremely important contract in support of our Army units and service members. Army units preparing for deployment conduct rotations at the NTC as a final verification that they are trained and ready to deploy in support of operations worldwide. PD Systems is proud to be a community partner in support of all locations our employees live and operate.