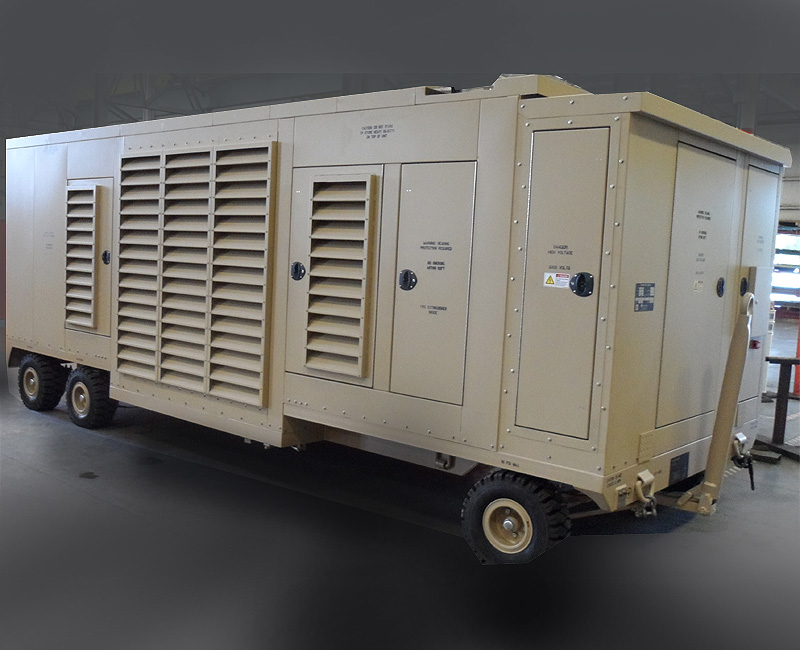 PD SYSTEMS® PU800M, the next generation 800KW and a COTS version of the MEP-012A, is a fully enclosed, self-contained, trailer mounted, towable unit. The PU800M is equipped with controls, instruments, and accessories necessary for operation as a single unit or in parallel with another unit of the same class and mode. The generator set consists of a diesel engine, brushless generator, cooling system equipped with variable speed fan, fuel system, 24VDC starting system, control system, fault system, and Digital Control System. The generator set is designed to be used with any piece of equipment requiring a large source of AC power and operates in high and low ambient temperatures in the range of -25˚F to +135˚F. Up to 32 PU800M generators may be operated in parallel.